Antibiotic-resistant bacteria sicken more than two million Americans each year and are estimated to account for at least 750,000 deaths globally. The main cause? Overuse of antibiotics.

“Antibiotic resistance is rising for many different pathogens that are threats to health,” said Centers for Disease Control (CDC) Director Tom Frieden, M.D. “If we don’t act now, our medicine cabinet will be empty, and we won’t have the antibiotics we need to save lives.”

One such case of growing antibiotic resistance can be seen in travelers’ diarrhea (TD), which affects an estimated 10 million people each year according to the CDC.

The emergence of bacterial resistance against doxycycline and trimethoprim, commonly prescribed for the treatment of TD, have been widely documented in recent studies.

In an effort to battle this growing problem, Australian biopharma Immuron (NASDAQ: IMRN) has launched an alternative to antibiotic treatment of TD with its innovative Travelan® product, currently available in the US, Canada, and Australia. 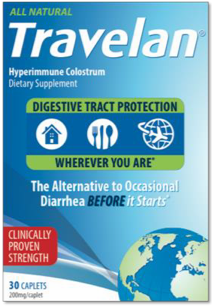 Travelan is a natural product, specifically designed to reduce the risk of infection by Enterotoxigenic E. coli (ETEC) and other bacteria that cause TD.

TD is characterized by fever, belly cramps and profuse watery diarrhea that can last for several days and lead to severe dehydration. It develops as a result of ingesting contaminated food and/or water and is common amongst travelers when visiting countries where they have no naturally developed immunity.

Clinical trials of Travelan have demonstrated a significant decrease in the risk of occasional diarrhea as well as a decrease in the symptoms of minor gastrointestinal disorders.

Travelan underwent Controlled Human Infection Model (CHIM) studies which were double-blinded placebo-controlled clinical trials in Europe and the US. The trials showed protection of up to 90.3% against the onset of occasional diarrhea. These studies have shown that people who received Travelan had significantly less discomfort and diarrhea than those who did not receive Travelan. 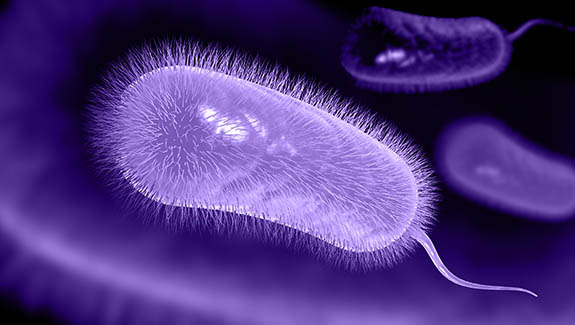 Additional studies have been performed by the US Department of Defense (DoD), showing that the anti-ETEC antibodies in Travelan are cross-reactive against other diarrhea-causing pathogenic bacteria such as campylobacter, other strains of enterotoxigenic E.coli, and shigella, all of which are potential bacterial causes of diarrhea while travelling.

In total, results from the collaborative DoD studies demonstrated Travelan was able to bind and was reactive to all 180 strains of bacteria tested.

Travelan’s reactivity to various forms of these infectious diseases makes it a valuable asset to foreign government officials looking to protect employees stationed in these regions, as well as consumers who want to preserve their health while travelling abroad. In addition to consumer purchases, government and organizational adoption of Travelan represents a significant revenue opportunity for IMRN.

Travelan, currently marketed as an over-the-counter gastrointestinal and digestive health supplement, continues to generate growth in all geographic markets where it is available.

Total North American sales for Travelan were up 98% in the first half of fiscal 2020, ended December 31, 2019, compared to the same period in the prior year.

In the US, Q1 sales grew 39% year-over-year to $514,000 AUD ($345,000 USD), primarily due to continued expansion via programs with Passport Health Travel Clinics, Medique, and Medico Mart, in combination with continued strong sales through Amazon.

In Australia, Travelan sales grew by 33%, reaching $945,000 AUD ($635,000 USD) in the first half of fiscal year 2020, supported by an in-pharmacy merchandising program and promotional catalog activity in key pharmacy banners.

Overall, Immuron experienced robust gross sales growth in the US, Canada and Australia throughout the first half of fiscal year 2020, with global sales reaching AU $1.68M ($1.13M USD) during the 6-month period.

In September, IMRN announced positive results from a recent study on the immuno-reactivity of Travelan in infectious Vibrio cholera strains from Southeast Asia. 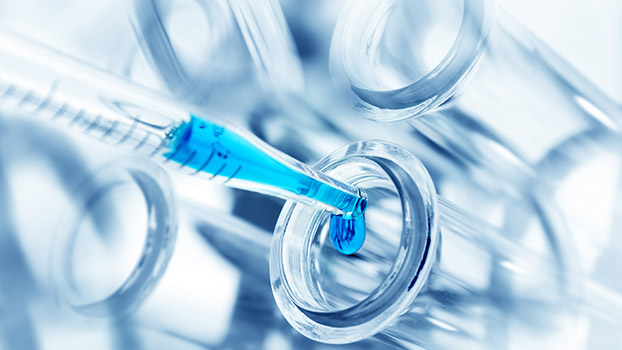 The study, completed in collaboration with the US Department of Defense, was funded through the Defense Health Agency, was performed at the Department of Enteric Diseases (DED), Armed Forces Research Institute of Medical Sciences (AFRIMS), an overseas laboratory of the Walter Reed Army Institute of Research (WRAIR) located in Bangkok, Thailand.

Clinical isolates were collected from infected personnel located in Bangladesh, Cambodia, and Thailand, enabling researchers to gauge Travelan‘s potential against bacterial strains typically seen in the field. When compared to a placebo control, researchers found that the polyclonal antibodies comprising IMRN’s Travelan product were reactive to all 71 clinical isolates from these infected individuals. The ability of Travelan to bind these bacteria highlights its broad-spectrum recognition of surface antigens on potentially debilitating and even life-threatening bacteria. 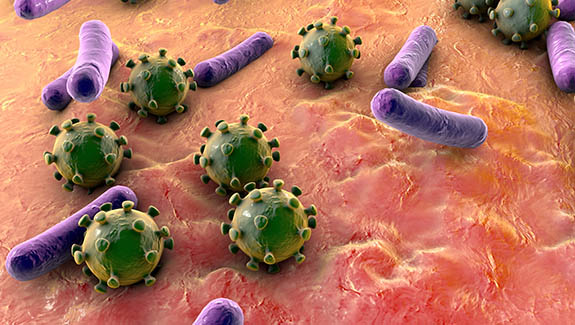 “Last year we reported that the antibodies in Travelan bound to 180 different isolates of Campylobacter spp, ETEC, and Shigella spp. The current study adds an additional 71 different clinical isolates of Vibrio cholera to the list. This work clearly demonstrates that Travelan is immune-reactive with all ETEC strains tested including strains that are not present in the immunizing vaccines and cross-reactive with every Campylobacter, Shigella and Vibrio cholera isolate tested. These results, together with the findings reported from the Travelan shigellosis challenge studies in non-human primates suggest Travelan may be an effective immunoprophylactic for travelers’ diarrhea caused by Campylobacter spp, Shigella spp and Vibrio cholera,” continued Dr. Kaminski.

Subsequent to these findings, IMRN announced the funding of a new research agreement with the Naval Medical Research Center (NMRC) in Silver Spring, Maryland.

The focus of this new agreement will be to develop a combined Campylobacter ETEC-specific anti-microbial preventative for clinical evaluation. Under this agreement, IMRN and NMRC will be collaborating on the manufacture and evaluation of the new product designed to protect against travelers’ diarrhea caused by Campylobacter and ETEC pathogens.

“Along with our current program with the Walter Reed Army Institute of Research, which is focused on Shigella, this project highlights the continued commitment Immuron is making to use our hyperimmune bovine polyclonal colostrum technology to benefit the U.S. Military as well as the civilian population. This program also further enhances our efforts to raise the profile of our flagship product Travelan and our in-house clinical program to develop IMM-124E as an FDA approved drug to prevent Travelers’ Diarrhea,” commented Dr. Jacob.

IMRN’s next generation immunotherapies are derived from bovine colostrum, the so-called “first milk” that is produced immediately after calving with the purpose of providing crucial elements of immune system protection to the newborn calf.

“This is an important strategic initiative towards enhancing commercialization of the Travelan/IMM-124E franchise,” said Dr. Jacob. “It is important to note that Travelan and IMM-124E, our drug candidate presently in clinical development in gut mediated diseases, are one and the same. We believe seeking FDA registration for IMM-124E as a drug to prevent travelers’ diarrhea offers the potential for substantial sales benefits to Immuron. We are moving aggressively forward to develop IMM-124E through the FDA by planning to file an Investigational New Drug (IND) application for prevention of travelers’ diarrhea and pursuing with FDA a rapid path for its clinical development.” 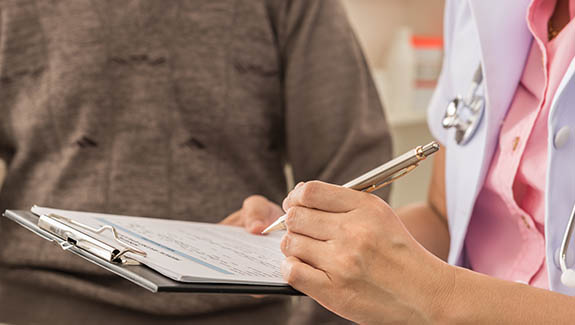 IMRN enrolled its first patient in its clinical study of its IMM-529 drug candidate for the treatment of Clostridium Difficile Infection (CDI) in January 2018.

Most commonly affecting older adults after use of antibiotic medications, CDI can cause symptoms that range from diarrhea to life-threatening gut inflammation.

IMRN’s CDI clinical study is a Phase I/II placebo-controlled study focusing on the safety, tolerability, and preliminary efficacy of IMM-529. Preliminary efficacy will be assessed by duration and severity of symptoms, as well as the rate of disease recurrence when compared to administered placebo.

A total of 60 confirmed CDI patients will be randomized to receive either IMM-529 or a placebo three times a day for a total of 28 days, with patients then being monitored for two additional months to determine any recurrence of disease.

The study is led by Professor Yoseph Caraco, head of the Clinical Pharmacology Unit at Hadassah Medical Center in Jerusalem. It is the Company’s first in-human clinical study using IMM-529 for the treatment of CDI, as its previous pre-clinical efficacy studies completed by Dr. Dena Lyras and her research team at Monash University showed significant potential in all disease phases.

According to the CDC, Clostridium-difficile infects more than 450,000 patients causing over 29,000 deaths per year in the US alone. There is a high likelihood for recurrence of symptoms, which nearly triples the healthcare costs per patient, resulting in annual healthcare costs of nearly $4.5 billion. The CDC also cites the importance of developing new treatments including the need for improved antibiotic use and infection control.

With a growing flow of positive news, IMRN shares have begun moving higher, climbing from a low of $2.23 in late August to as just over $4 near year end. The stock has since consolidated in the $3.50 to $4.00 range for the past several weeks, and as in breaks out of this range, could be poised to make another run for its 2019 high of more than $8 per share.

To learn more about IMRN, watch our recent interview with CEO Dr. Gary Jacob and be sure to sign up for news alerts to be one of the first to receive the latest news.

RedChip Companies, Inc. research reports, company profiles and other investor relations materials, publications or presentations, including web content, are based on data obtained from sources we believe to be reliable but are not guaranteed as to accuracy and are not purported to be complete. As such, the information should not be construed as advice designed to meet the particular investment needs of any investor. Any opinions expressed in RedChip reports, company profiles, or other investor relations materials and presentations are subject to change. RedChip Companies and its affiliates may buy and sell shares of securities or options of the issuers mentioned on this website at any time.

The information contained herein is not intended to be used as the basis for investment decisions and should not be construed as advice intended to meet the particular investment needs of any investor. The information contained herein is not a representation or warranty and is not an offer or solicitation of an offer to buy or sell any security. To the fullest extent of the law, RedChip Companies, Inc., our specialists, advisors, and partners will not be liable to any person or entity for the quality, accuracy, completeness, reliability or timeliness of the information provided, or for any direct, indirect, consequential, incidental, special or punitive damages that may arise out of the use of information provided to any person or entity (including but not limited to lost profits, loss of opportunities, trading losses and damages that may result from any inaccuracy or incompleteness of this information).

Stock market investing is inherently risky. RedChip Companies is not responsible for any gains or losses that result from the opinions expressed on this website, in its research reports, company profiles or in other investor relations materials or presentations that it publishes electronically or in print.

We strongly encourage all investors to conduct their own research before making any investment decision. For more information on stock market investing, visit the Securities and Exchange Commission ("SEC") at  www.sec.gov.